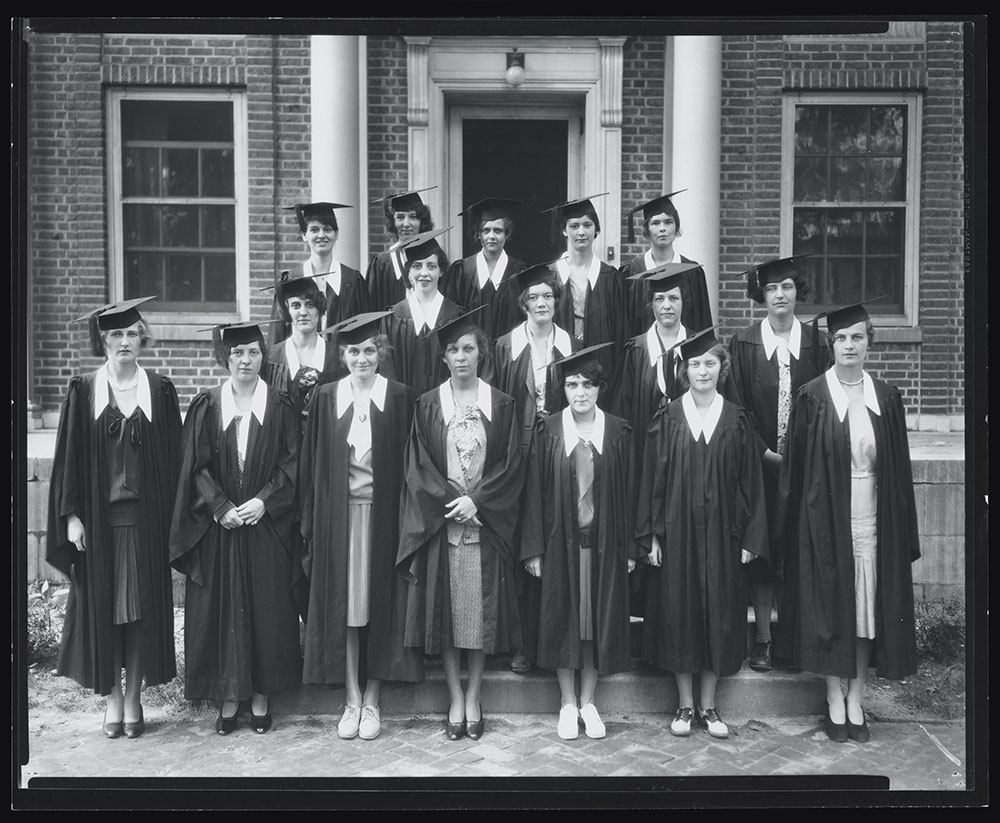 Housed within the Department of Special Collections of the Lucy Scribner Library, the George S. Bolster Collection, is comprised of 7 binders of photographs covering the early history of the college, including buildings, events and general college life.

George Bolster was a Saratoga Springs photographer who took over in the 1950s a photo business that was operated by Henry B. Settle, a photographer active in Saratoga Springs ca. 1910 - 1955. Bolster purchased Settle’s negatives, along with the rights to them, and continued in business for the next 30+ years. (His entire archive of negatives and prints resides with the Saratoga Springs History Museum, and the photographs represented here were printed, in cooperation with the museum, in the early 1990s from original negatives.)

Dating from the 1910s – 1960s, and made almost exclusively by Settle, the photographs provide rich visual documentation of both the physical evolution and life of Skidmore’s downtown campus. For example, the incremental changes and additions to the college’s first building, the Young Women’s Industrial Club, located on Regent Street, are well represented, along with many photographs of early college traditions, such as May Day, Field Day and Winter Carnival. Fittingly, the collection ends with a photograph of Skidmore’s third president, Val H. Wilson, surrounded by faculty, discussing programming for the new Science Center to be built on the Woodlawn Campus, current home of Skidmore College.

(Note: Many photographs represented in this collection also exist in vintage form in the Skidmore College Archives - Vertical Files (e.g. "May Day, 1924") and are noted in the records. In addition, nearly all the exterior and most of the interior views of buildings are represented by vintage prints located in the Skidmore College Archives - Vertical Files - Buildings - Scribner Campus; as such most references to the same are omitted in the records.)