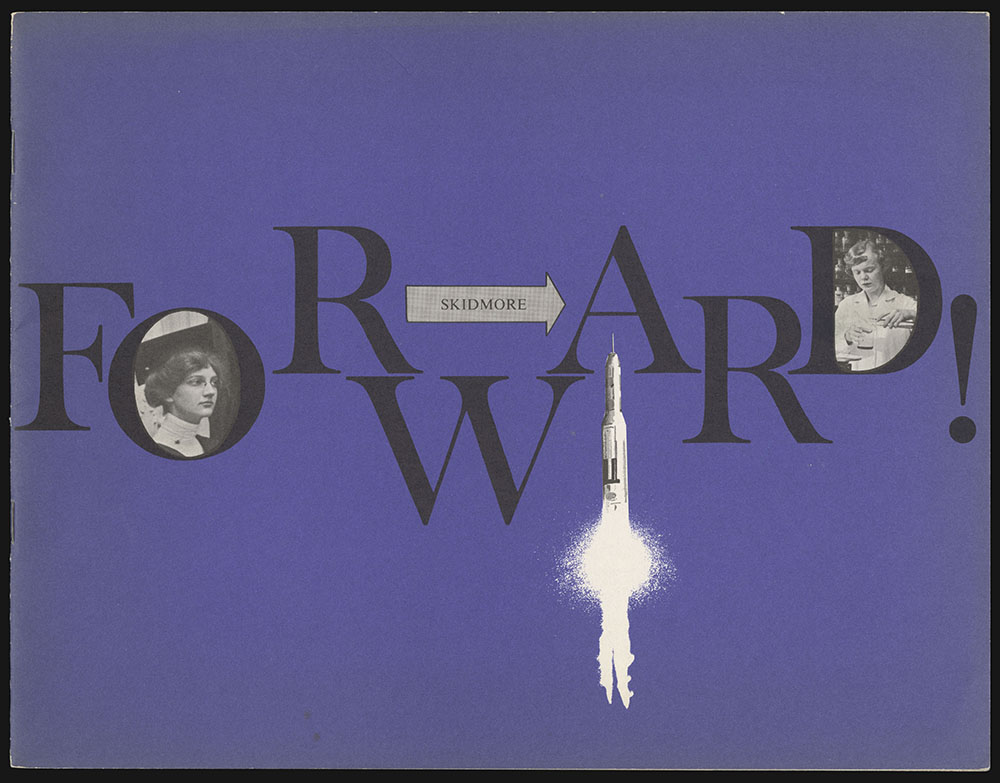 Maps, surveys, brochures, etc. related to Skidmore College’s “New Campus,” a tract of land donated by Trustee J. Erik Jonsson in 1961, which was once known as “Woodlawn Park.” Construction began in 1963 with a new residence quadrangle and the library followed in 1964. The campus was dedicated in May, 1980 as the Jonsson Campus in honor of Margaret and J. Erik Jonsson. The transition from the downtown campus to the new campus was finally completed in 2006, with the closure of Moore Hall, a six-story residence hall fondly known as the “Pink Palace.”