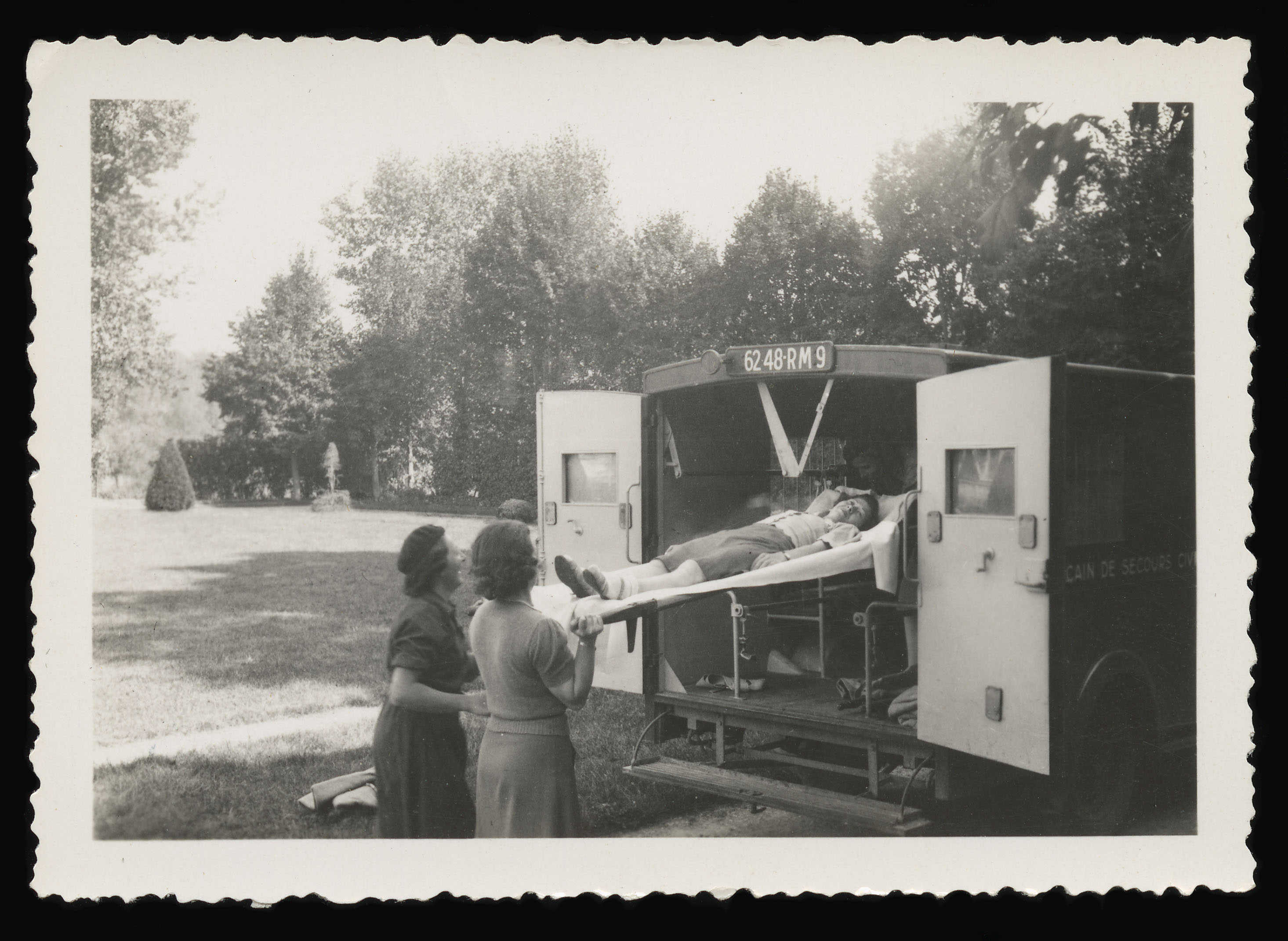 Elizabeth Fisher Adams was born on June 23, 1906, to Mr. and Mrs. Ernest J. Adams. She attended the Lincoln School in Providence, Rhode Island, and graduated in 1925. She then attended Skidmore College and graduated with the class of 1929. During her time at Skidmore College, Adams achieved honors as a junior in 1928, published numerous times in the Skidmore Quarterly, won the English prize for creative work, and wrote a play titled "Chez L'art," presented by Omnibus. Adams graduated from Skidmore with plans to attend Yale for a masters in English. She spent one year at Yale, and moved on to teach at the Park School, in Brookline, Massachusetts from 1931-39.

In 1940 she began training for a position as an ambulance driver for Anne Morgan's war aid organization, CASC—Comité Américain de Secours Civil, in France. Adams worked on the Belgian front from 1940 - 1941, and was awarded the Croix de Geurre for her services. She returned to the United States as a speaker for the Committee to Defend America and gave a speaking tour through New England. Adams joined the Women's Army Auxiliary Corps. (W.A.A.C.) in 1942, and was appointed third officer, working in the public relations office in Ft. Des Moines, Ohio. In 1943, Adams received an Honorable Discharge from W.A.A.C. because of a back injury.

Adams returned to France in 1945 to work with American Aid to France (A.A.T.F.) and was stationed in St. Die and Corcieux in the Vosges mountains, where she was occupied with organizing the relief effort for six towns in the area. In 1948, Adams was awarded the Médaille de la Reconnaissance française for her work with the Friendship train food distribution program. Adams left France in 1949 to return to the United States. She died on October 14, 1990.