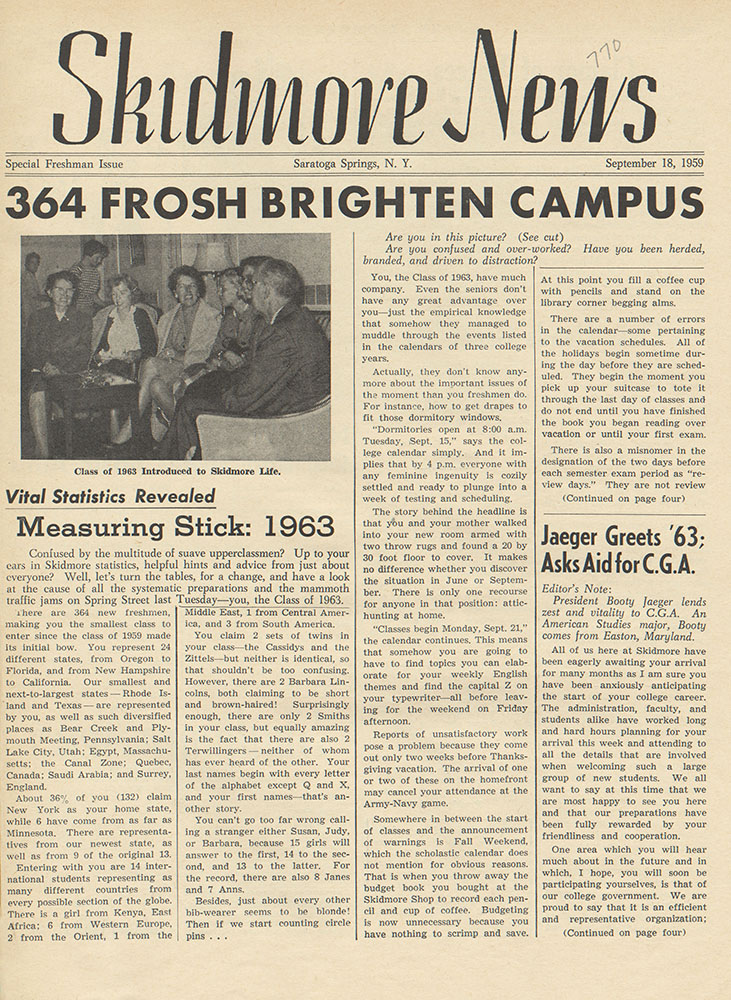 "The need for an organ through which the opinions of both faculty and students may find voice, a means of free expression of felt grievances or constructive criticism, a clearing house for all rumors, and a herald of all good news concerning the college has long been felt, and is adequate excuse for the appearance of a paper which, though crude at first, hopes to attain the degree and distinction of becoming a first rate college periodical, a servant of free thought, free speech, and combined action for the betterment of Skidmore.” So began the “Skidmore News” on October 9, 1925.

The paper, which continued in print until 2009, captures not only the history of the college, but also affords glimpses of life in Saratoga Springs. Additionally, major national and world events of the 20th century, such as the Great Depression, World War II, Civil Rights, and the Vietnam War are covered either directly or through coverage of invited speakers, campus events, and student protest. The “Campus Authority” was in print for 85 years, and is now available in its entirety with full-text search capability.