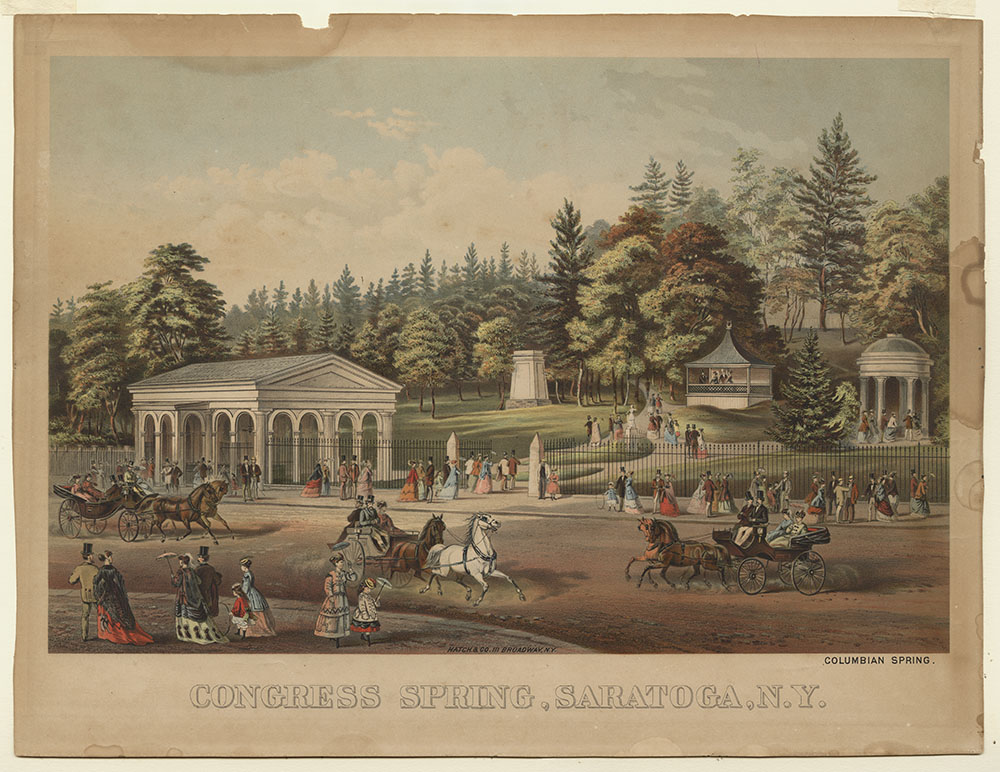 Anita Pohndorff was born in 1914 to Mr. and Mrs. F. G. Pohndorff. She grew up in the family home at 717 North Broadway in Saratoga Springs. Anita's mother and her mother's friend, Georgianna Milligan, had attended Temple Grove Seminary, a school which later became the Young Women's Industrial Club, a precursor to Skidmore College.

In 1944, Anita Pohndorff married Harry D. Yates, a Lieutenant in the United States Army. After his discharge from the Army as Captain, Mr. Yates, whose trade was banking, undertook the management of Dutch Village Apartments in Menands, where he and Mrs. Yates subsequently made their home for many years. Mr. Yates later became president of Home Savings Bank in Albany.

The Yates' were active in the Saratoga social scene, spending much of their summers at the track. The Yates' were also generous supporters of education and the arts. Mrs. Yates, who was voted an honorary Skidmore College alumna in 1983, passed away in September of 1991.